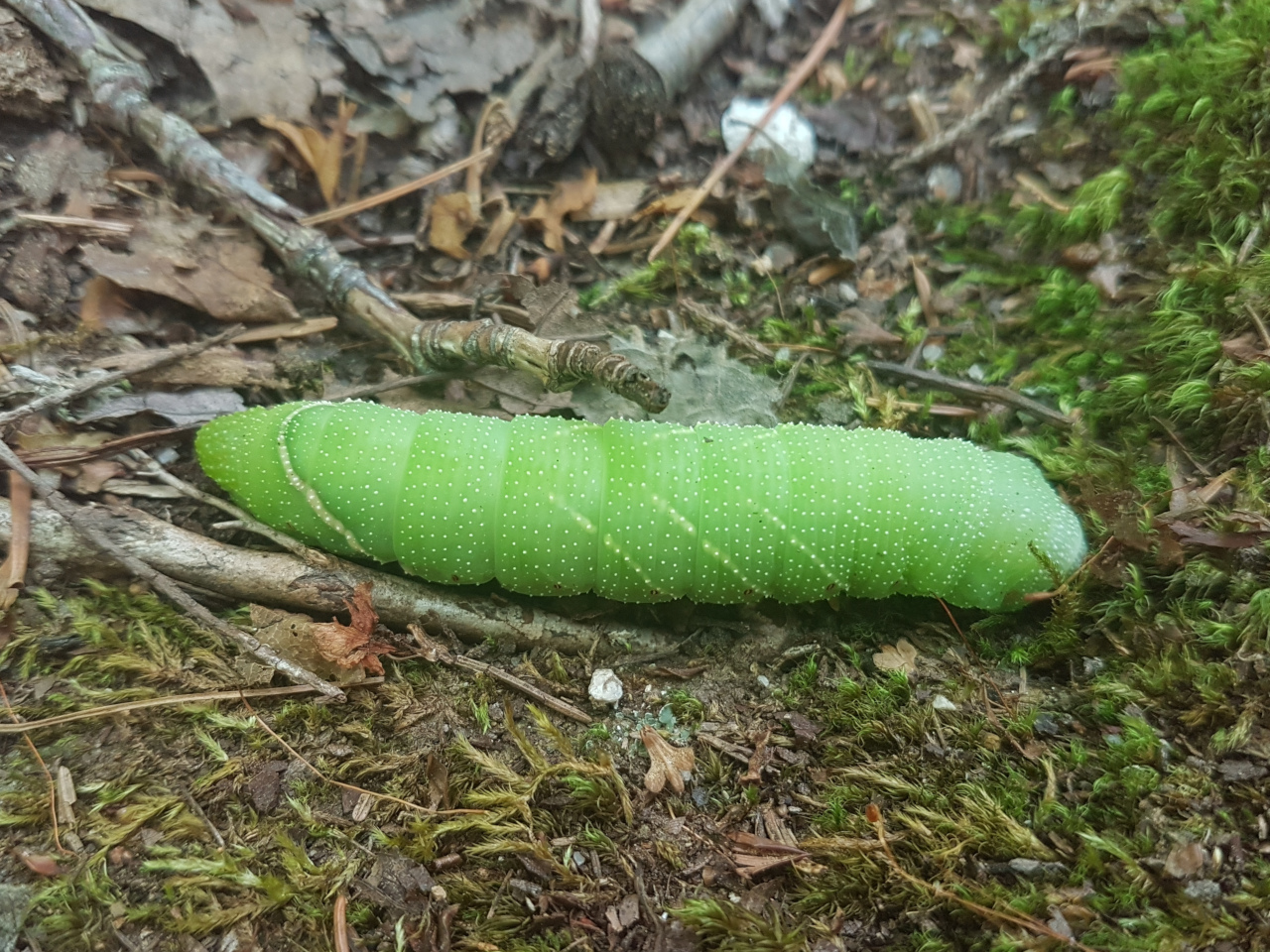 Over the weekend we spotted what initially looked like a green pine cone… until it squirmed. Turned out it was the caterpillar form of the Modest Sphinx Moth!

Adults are on wing from mid-June to mid-July in Canada. In the northern part of the range, there is one generation with adults on wing from may to July. Farther south, there might be two generations per year.

The larvae feed on poplar, willow and cottonwood species